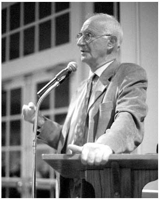 "Let us imagine the anima mundi as that particular soul spark, that seminal image, which offers itself through each thing in its visible form…its availability to imagination, its presence as a psychic reality. Not only animals and plants…but soul is given with each thing, God-given things of nature and man-made things of the street.”  —James Hillman, Anima Mundi

James Hillman made contributions to the humanities which were many and profound, none more remarkable than his formulation of Archetypal Psychology, which he named in 1970 and focused his work upon until his death in 2011. He was a Founding Fellow of the Dallas Institute of Humanities and Culture which. to honor Hillman, initiated in 2012 an annual program aimed at exploring the rich depths of his lifelong study of—in his own words, a “psychology deliberately affiliated with the arts, culture, and the history of ideas, arising as they do from the imagination.”

Hillman studied with the great Swiss psychiatrist Carl Jung in the 1950s and later became the first director of studies at the Jung Institute in Zurich. After returning to the United States in 1980, he taught at Yale, Syracuse, and the universities of Chicago and Dallas. He also became editor of Spring Publications, a small Texas press devoted to the work of contemporary psychologists. Hillman authored some twenty books of his own.

In spite of these achievements, Hillman was hardly an establishment figure in the world of psychology. If anything, he was looked upon by many in the profession as a profoundly subversive thinker, a thorn in the side of respectable psychologists. As the founder of archetypal psychology—a school of thought aimed at “re-visioning” or “reimagining” psychology—Hillman argued that the therapy business needs to evolve beyond reductionist “nature” and “nurture” theories of human development. 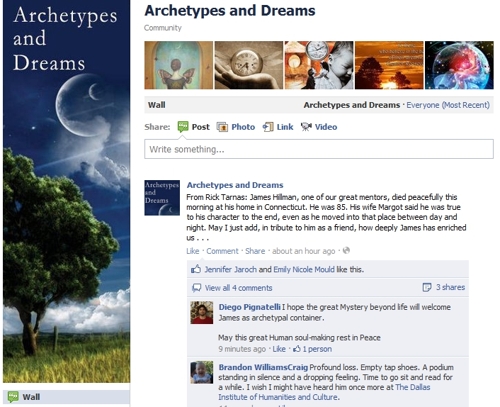 From the Pacifica Graduate Institute site: