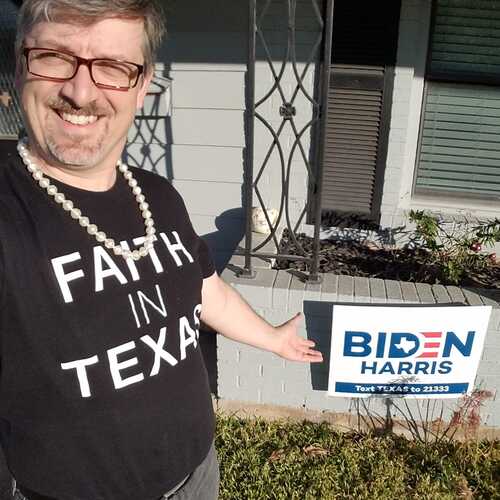 Honor the dead, the saints, by making fewer of them. Choose as president a flawed but profoundly qualified person with a known positive and negative record of service who wants to be seen as a decent human being, rather than a treasonous mass-murderer. Tough choice? Are you feeling depressed, hopeless, frozen in fury/terror, lost, or in some other way disinclined to act? You are not alone, even across time.

Tomorrow, and tomorrow, and tomorrow,
Creeps in this petty pace from day to day,
To the last syllable of recorded time;
And all our yesterdays have lighted fools
The way to dusty death. Out, out, brief candle!
Life's but a walking shadow, a poor player,
That struts and frets his hour upon the stage,
And then is heard no more. It is a tale
Told by an idiot, full of sound and fury,
Signifying nothing.

But let us not fall victim to the ever present danger of making everything (even anything) about Precedent Rump, Hamlet, or any other figure whose inner monologue seems inevitably dominant at center stage. Vote Democrat all the way down the ballot not because that party or our two party system is just, but because that forced binary is the choice before us today. One choice will kill future generations in advance in ways that are nasty, brutish, and short, while the other will give us more time to save ourselves and the planet.

The GoP, the historical Republican party is dead, consumed by the cancer of Supremacy, white, class, gender, nationalist, etc. #BuryTheGoP because that zombie institution has been (re?)designed to eat the brains and burn the lives of future generations, fellow human beings hurled on the pyre of power-at-any-cost and for its own sake. But hate the sin and love the sinner, as it were. Honest Republicans and Democrats are both doing what they believe to be best based on purposefully limited information.

Any #BlueWave is only as good as the Bluevolution it brings about, the passing of and grief over the choices by which we are killing ourselves, each other, and our world. We all will die, often at the hands of our own policy, but we are throwing ourselves on the sword of our obsessions so fast that we don't have time to make meaning out of it. Mourn and allow to pass the long, brutish night of domination, the tooth and nail of crotch-clutching and consuming as much as possible. The fantasy that this is Just The Way Life Is also afflicts The Democrats and all powerful political parties. Only a party with the deepest blues, sorrow so profound it cannot use its power to oppress, can result in an America where government by and for The People might be possible.

Responses to Vote Today For Humanity

Thank you for the catch up share. Been a year since we've been together. This video fell into my lap. Sharing with you . . . because it's you too. https://www.youtube.com/watch?v=pLe1o80zwgY