For the Blue and Gold Yearbook

The history of Aikido in the UC system, and particularly at Berkeley, is long and has taken many shapes. Paul Linden Sensei, founder of Aikido of Columbus, remembers quite fondly discovering aikido by attending the original Cal Aikido Club * created by  Robert Frager Sensei (who went on to found the Institute for Transpersonal Psychology) and Stan Pranin Sensei (founder of Aikido Journal) in the Fall of 1968. Allen Grow, founder of Oakland Aikido Institute, became Chief Instructor for the club in the Summer of 1969. Since the 1970's there have been many incarnations of informal aikido training, renewed on campus with each wave of students, and many of these have also spilled out into the community to include local dojos, training partners, and teachers. As a result of this long history, many Aikido practitioners of every level are graduates of the University of California.

A psychology undergraduate named Motoki Mansho began training in downtown Berkeley with Brandon WilliamsCraig Sensei's Free Aiki Dojo in June of 2010. Shortly after joining Free Aiki, the former asked the latter to help restore Aikido at UC as a student club under the name Golden Bears Aikido. One of many student clubs prevented from using the Recreational Sports Facility, due to the exclusive contract held by the martial arts concession there, Free Aiki welcomed GBA to co-create a dojo just off campus in Downtown Berkeley in order to bring the conflict study associated with aikido to UC, enrich the areas cultural diversity, and provide additional opportunities for peace training in Berkeley.

With the support of Kayla Feder Sensei, founder of Aikido of Berkeley, Free Aiki and Golden Bears Aikido Club connect those who pass through the doors of the university with the supportive local community. After gathering students and local supporters, the club was approved by the student government of UC Berkeley (ASUC) in October 2010 and continues to train several times a week on campus and out in the community in ways that support the kind of bridge building the club represents. Complete beginners and martial artists of many affiliations and styles, whether from UC or the surrounding community, are welcome to participate--bringing no more than the training energy, curiosity about conflict and peace, and financial support they feel they can sustain. Please visit us at aikido.berkeley.edu orgoldenbearsaikido.com 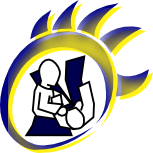