A Taste of Your Own Medicine The Problematic Nature of Revenge

A Taste of Your Own Medicine: A Reflection On The Problematic Nature of Revenge 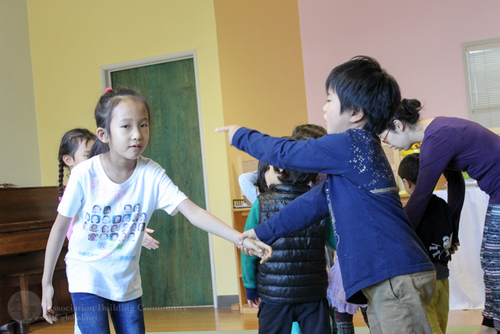 They deserve it. When someone hurts you, they richly deserve the mirror held up to their transgression through which you do unto them what they did unto you. This feels like justice and Serves Them Right.

Have you ever shouted for silence, condescended because you feel disrespected, interrupted someone to insist that they never listen, or disqualified all the care and affection offered you over time because you feel under-valued?

The idea that one can get a positive result by "giving somebody a taste of their own medicine" seems reasonable one moment and ludicrous the next, a fool's excuse, an unsubtle spin meant to justify reprehensible behavior while enjoying the sweet taste of revenge. Then why do I feel the urge to do it, respond to perceived hurt with aggression, perhaps over and over again for years, often with the people who matter most to me? Even when I pull myself up short, my anger at feeling ill treated can squeeze around my carefully cultivated compassionate habits, grabbing for the moral high ground and sneering condescensions, at least in my head.

It is easy to see the comedy in each example above, as I imagine some other person advocating respectful treatment and then wallowing in hypocrisy. Then I take a step back and actually notice myself in a metaphorical mirror, reflected by the person who feels like my attacker. It may be that they are not helping, not holding themselves in such a way that I can best see truth staring back at me, but the mirror can't help but cause me to reflect.

I want my attacker to take responsibility for their actions, and cease and desist, while at the same time I find my own choices very hard to marshal. I too deploy habitual reactions instead of chosen responses. It is often condescending to insist that I know what The Right Tactic would have been, and take the higher ground of giving advice when I am the subject of someone else's displeasure. What if I too made decisions that hurt them? Was I conscious of what might happen? Who am I then to give advice about not hurting other people?

There is the core, the potential treasure at the heart of this dilemma. Most societies hold self-defense as a right to the point that it seems like an obligation. After all, "the best defense if a strong offense". If you don't defend yourself with proportional force, such that you teach the attacker a lesson, you are somehow letting yourself down and them off the hook. What if we taught our children that these accepted tactics are less straightforward than they seem? If I can opt out of violence, even against an attacker, should I? What would this look like in practice? It is, to offer an example, the core argument and raison d'être behind a martial art called aikido.

If this argument seems a bit too politically correct for you, consider a more mechanical utilitarian approach: is a tactic acceptable when it does not lead to a desired outcome? When deploying punitive force, did you intend to increase the likelihood of an ongoing conflict that escalates with wave on wave of retribution? After all, each person who feels wronged will feel a right to a redress of grievances in which they then teach the lesson of what it feels like to receive the treatment they just suffered. When is justice served?

Many people insist that justice is primarily restorative, the task being to get a relational system back to functioning again, rather than exercising punitive rights. This conclusion seems counter-intuitive to me, at first, but makes much more sense with practice, so that the results become clear over time. I refer, of course, to nonviolence, which goes against common sense on purpose in the way that many other carefully considered strategies turn reactive instinct on its head. When I am able to think clearly, I wish that I had opted out of the retribution exchange in favor of getting right to whatever is needed. Rather than return violence for violence, I truly want to stay engaged, as safely as possible, until I understand better what will remove the need for the battle to continue. I want the cycle of violence itself to end, which leaves little room for spite, tactically speaking. 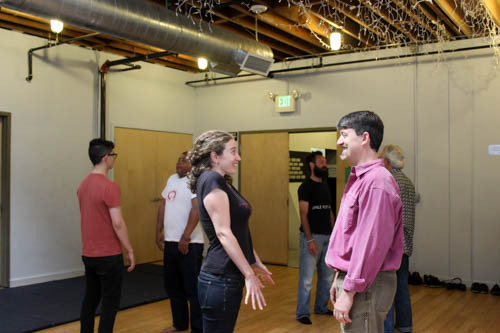 This nonviolent approach requires a clear headed analysis (what's really going on) and establishment of goals (what everyone involved really needs) that seems impossible during the burn of feeling attacked, unless one has prepared strategies in advance through thought and practice. Active nonviolence is hard to pull off under pressure, especially in a position of leadership, unless one has trained in deploying tactics under perceived threat. I am proposing that nonviolence must be learned like a martial art, over years, with the best teachers one can find, mastery always just over the next hill, as misunderstandings and errors become more and more subtle and hard to iron out.

I suspect that a kind of Martial Nonviolence is really what is required for both sustainable teamwork and peacemaking, and that I will continue to both love and hate the mirrors in front of which I find myself on a daily basis. Every time I fail to practice consciously, I feel as though I've failed in one of the most important lessons life has to offer, and on which coming generations depend for the survival of our species. When I succeed, the high is more than rewarding; it makes today sparkle and shine. That joy is the motivating reward, the treasure at the heart of the training. For insisting I give you "a taste of your own medicine" I will only ever be despised. In the end, the real reason to learn these lessons is to look in the faces of those I love, lead, and follow, treasure the ways they are different from me, and watch us flourish and become more humane as we work through conflict.