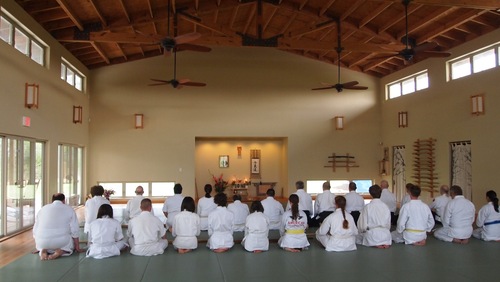 Brandon WilliamsCraig began studying aikido with Russ Alvey Sensei at North Texas Aikido, moved to California to be a full-time resident aikido apprentice from 1995-1997, became a student of Kayla Feder Sensei, Founder and Chief Instructor of Aikido of Berkeley in 1998, and was most recently promoted by her to the rank of 5th dan in 2015. Brandon Sensei highly recommends both North Texas Aikido and Russ Sensei.