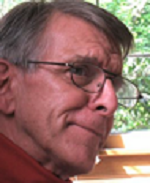 from: http://newquantumedge.com/christopher-thorsen/ As founder of Quantum Edge, Chris has advised senior executives for over 40 years. He has helped CXOs of industry leading communications and technology firms grow their companies exponentially, he’s helped leaders of old line utility companies revitalize their moribund cultures, and he’s helped directors of international policy institutes establish their global presence. Chris has provided development coaching to executives and their teams leading organizational transformations at Disney World, Lucent Technologies, Unocal, and Kaiser Permanente. He helped build the wireless industry, spending twelve years as an integral member of the executive teams that started and operated both Cellular One and Nextel Communications. In the late nineties, Chris spent five years providing periodic Aikido/Conflict Resolution Seminars for policy leaders from the Turkish and Greek factions on the war torn Island of Cyprus. He was a Founding Consultant of Interaction Associates, the internationally known facilitation and training firm. He has a Masters Degree from the University of San Francisco in Organizational Development and contributed to The Dance of Change, the Fifth Discipline Resource Book. Chris is a pioneer in the application of the principles of Aikido [The Art of Peace] and Bohm’s Dialogue to leadership mastery, team synergy and organizational strategy. He has studied and taught Aikido for over thirty-eight years and is a master of Haiku, the Zen poetry of deep presence in Nature.