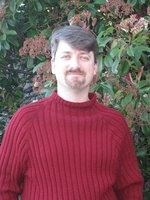 Brandon WilliamsCraig, Ph.D.is the founder, primary creative force, and chief executive for Culturesmith partnerships, consulting, and services. Working across domains by blending many areas of expertise, his professional work in the last decade alone has included:

Born and raised in Dallas, Texas, his first career was in performance, in both the professional regional and touring theater, and as a vocalist in jazz and liturgical music. His Ph.D. in mythological studies and depth psychology from Pacifica Graduate Institute combines psychology, literature, and religious studies to demonstrate the indispensable interoperability of the humanities with social science and organizational development. His teaching and research focuses on the history and literature of psychology, the psychology of literature, the embodied (somatic) psychology of belief, the narrative construction of culture, The Myth of Peace, and the Process Arts.

Brandon has extensive experience contributing to the leadership of and teamwork within private and public institutions, accepts executive positions corp-to-corp and as a contractor or employee, offers leadership and facilitation training, and has worked in the study of peace and conflict since 1998, as well as providing curriculum development, conflict education, and community mediation services.

Brandon Sensei is a 5th degree blackbelt in aikido. He was founder/Chief Instructor of Free Aiki Dojo and served as Chief Instructor of Golden Bears Aikido at UC Berkeley. He is also an un-ranked (not yet licensed to teach) member of the Takamura ha Shindo Yoshin Kai, a classical budo ​school (koryu) directed by Kaicho Toby Threadgill, which includes weapon training and tactics associated with the warrior class of late Edo period Japan. This style of jujutsu ​influences his aikido and all of his martial and somatic learning.

Brandon's body-based facilitation method, called Martial Nonviolence, pairs traditional aikido, professional theater techniques, and real-time facilitation, and is the heart of the work presented and developed at Culturesmith.com. His somatics students learn to Embody Nonviolence through somatic conflict resolution. His clients focused on leadership, management, and administration practice Conflict Done Well. MNv also powers an internationally funded Peace Practices curriculum being offered by ABC and practiced by students from 4 to 84 years of age in Montessori, public, and private schools. Brandon resides in Texas with his wife and two children, and consults nationally and internationally. 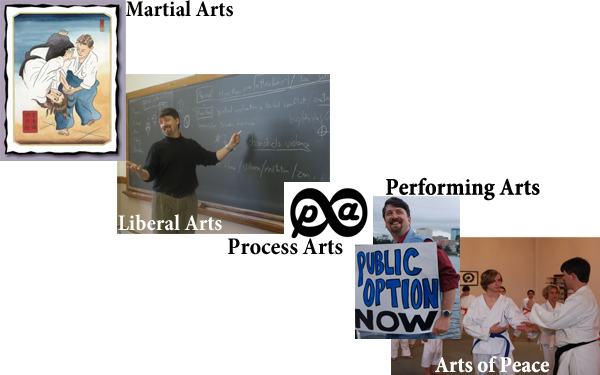 In order to receive approval for a sign-in account and work within this site, please review and accept the agreement below.

You recognize and support the claims of Brandon Williamscraig Ph.D. upon his intellectual properties under the terms described here. For instance, while there are practices in the public domain involving the extension of principles associated with aikido into venues beyond physical training in "dojos" and other aikido training situations, it is the original and singular contribution of Dr. Williamscraig to 1) combine physical aikido movements and techniques with specific words and phrases; 2) to call this innovation "Aikido Two Point Oh" or "Aikido 2.0"; 3) control use of the unique methods and names he originates to circulate his methods, including "Martial Nonviolence", which uses Aikido 2.0 to develop the ability to perform, in the sense both of taking action and display for an audience, through improvisation skills, and become a skillful facilitator of teamwork and group decision-making; 3) apply this original method in curricular form under the unique title "Peace Practices", a curriculum, idea, and name which he may offer or license under terms he deems acceptable but is under no obligation to continue or extend beyond whatever is established by contract.

By using this site you agree to refrain from claiming credit for ideas originated by Brandon Williamscraig, a partial list of which may be found here, and will give credit to Brandon Williamscraig by name in your own work, via any form of communication, should you mention or extrapolate from images or concepts originated or synthesized from other sources by him.

You understand that Brandon coined and reserves the right for everyone to share the term "Process Arts", which refers to the field of group process design and facilitation. When he teaches or facilitates, he often describe what happens using various names and phrases he originated. He owns the exclusive right to use following phrases, variations, and associated acronyms and URLs: Free Aiki and Free Aiki Dojo, People Green, Bluevolution (Bv), Associative Inquiry (AsIn) and Archetypal Resonance Imaging (ARI), Analogical System Knowledgebase (ASK), Associative Inclusion Dynamics (AID), Embody Nonviolence, Healing Friction, Martial Nonviolence (MNv), Culturesmith, Arts of Peace, Flexibility In Adversity Training (FIAT), and variations of: "Conflict Done Well", "peace is conflict done well", "doing conflict well", "Aiki anywhere", bdwc.net, and williamscraig.com. Also originated and reserved to the Commons are: culturopoiesis and culturopoesis, metashaman, and metashamanism, whereas he reserve the right to own the URLs that reflect these terms.